The world is two minutes from doom

(CNN)On Thursday, the Bulletin of the Atomic Scientists set the Doomsday Clock at two minutes to midnight. Welcome to what we call “the new abnormal.” This phrase describes the catastrophically dangerous world in which we live. 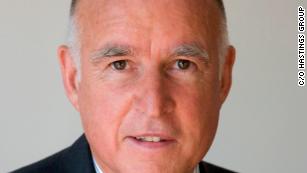 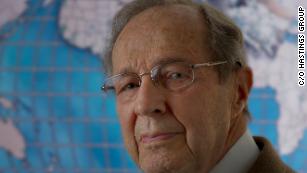 William Perry
We have to go back 66 years, to 1953, to find a time of equal danger: The Soviet Union had just tested a hydrogen bomb. Eastern Europe was in the iron grip of the Soviet Union. There was danger of a military conflict erupting in Berlin. And US troops in West Germany, fully expecting an invasion, were preparing to use tactical nuclear weapons against the invaders.
In 2018, Bulletin of the Atomic Scientists experts equated the nuclear danger to that dangerous time in the Cold War, setting the clock to two minutes to midnight. We have kept it there this year.
Why? Because a new Cold War is underway — one equivalent to the most dangerous year of the first Cold War. Once more, we’re putting at risk the survival of civilization. During the Cold War, the United States and the Soviet Union were, in effect, playing Russian roulette. We won that gamble, more by good luck than by good management. During the Cuban Missile Crisis, there were two close calls that might have initiated a full-scale nuclear exchange. Subsequently, there have been false warnings of incoming missiles both to Russia and to the United States.
So, why are we making that gamble again?
This is not our only survival-imperiling challenge. Humanity faces two dire and simultaneous existential threats: nuclear weapons and climate change. Tragically, things did not improve on either front in the last 12 months. 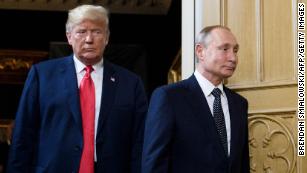 Terminating the INF Treaty could be disastrous
By blunder or miscalculation, nuclear powers now risk the unthinkable by violating or walking away from existing nuclear agreements, while at the same time expanding their already bloated arsenals. In place of serious dialogue, Russia and the United States plan more dangerous weapons of mass destruction. The Trump administration is proposing an illusory “space shield” that falsely purports to be able to shoot down any and all missiles Russia might launch. This and other defense systems are being met by Russia’s willingness to escalate with new and perhaps unlimited offensive systems in response, establishing another nuclear arms race that threatens to be as expensive and as futile as the race we ran in years past.
The United States abandoned the Iran nuclear deal and announced it would withdraw from the Intermediate-range Nuclear Forces Treaty, grave steps toward a complete dismantlement of global arms control. Although the United States and North Korea moved away from the bellicose rhetoric of 2017, nothing of substance has been settled and great dangers remain.
Meanwhile, the world’s nuclear nations are proceeding with programs of so-called nuclear modernization that are all but indistinguishable from a worldwide arms race, and the military doctrines of Russia and the United States have increasingly eroded the long-held taboo against the use of nuclear weapons.
On the climate change front, global carbon dioxide emissions — which seemed to plateau earlier this decade — resumed an upward climb in 2017 and 2018. To halt the worst effects of climate change, the countries of the world must cut net worldwide carbon dioxide emissions to zero by midcentury. To do that, they must undertake serious climate actions this year and each year hereafter. Last year, the world community failed dismally. 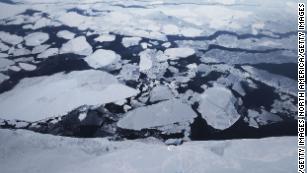 Report: Arctic warmth ‘unlike any period’ ever 02:20
At the same time, the main global accord on addressing climate change — the 2015 Paris agreement — has become increasingly beleaguered. The United States announced it will withdraw from that pact, and at the December climate summit in Poland, the United States allied itself with Russia, Saudi Arabia, and Kuwait (all major petroleum-producing countries) to undercut a sobering report on climate change that the Paris climate conference had itself commissioned.
Amid these nuclear and climate developments, there was a rise during the last year in the intentional corruption of the information ecosystem on which modern civilization depends. In many forums, in particular social media, nationalist leaders and their surrogates lied shamelessly, insisting that their lies were truth and that the truth was “fake news.” These intentional attempts to distort reality work to exaggerate social divisions, undermine trust in science and diminish confidence in elections and democratic institutions.
The current international security situation has extended more than two years now. It’s a state as worrisome as the most dangerous times of the Cold War, a state that features a constantly shifting landscape of simmering disputes that keep the world unsettled and multiply the chances that major military conflict will erupt.
The longer world leaders and citizens thoughtlessly inhabit this abnormal reality, the more likely it is that we will experience the unthinkable. Sanity prevailed in the past, because wise leaders acted — under pressure from informed and committed citizens around the world.
Stay up to date…

It is two minutes to midnight, but there is no reason the Doomsday Clock cannot move away from catastrophe. The “new abnormal” can be made an unfortunate interlude in the world’s history, rather than its final chapter. We must turn back the clock.
Copy from: CNN.com